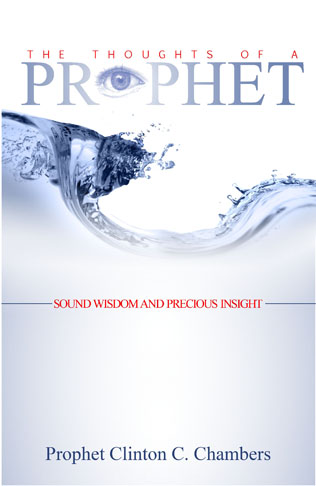 The Thoughts of a Prophet

In “The Thoughts of a Prophet”, Prophet Clinton Chambers gives us an wide ranged look at what our church has become today and those things that we, as the body of Christ, can do in preventing destitution to our lives and our church as a whole.  What applications that are needed to regain the power that God has granted us in order to complete His divine purpose and removing the shackles that have retained us from growing in Christ as leaders and as a people. Prophet Chambers opens up the minds of all by revealing these  demons and how to destroy them.   He demonstrates how to be an obedient leader walking in the  hands of God, how to  be rich in the Spirit and how spiritual whoredom can be cleansed. In this must read book, Prophet Chambers has expounded, defined, and predicted the true Christian walk for every leader, for every church member, and for every individual to strive for. 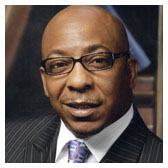 He is widely known for his Deliverance Ministry, where countless numbers of people have been Healed and Delivered! His ministry style has been called one that's Upfront and Direct! Prophet Chambers has received numerous awards and honors for his work with broken communities and his work with and time with broken men and women. He has a heart for those whom others have cast aside and Forgotten, he is widely known for being a Pastors Friend! It's often said that when he speaks to a person it's as if his voice penetrates directly to their Soul!

Prophet Chambers is in Covenant with Drs. Michael & Dee Dee Freeman who are also his Spiritual Parents.